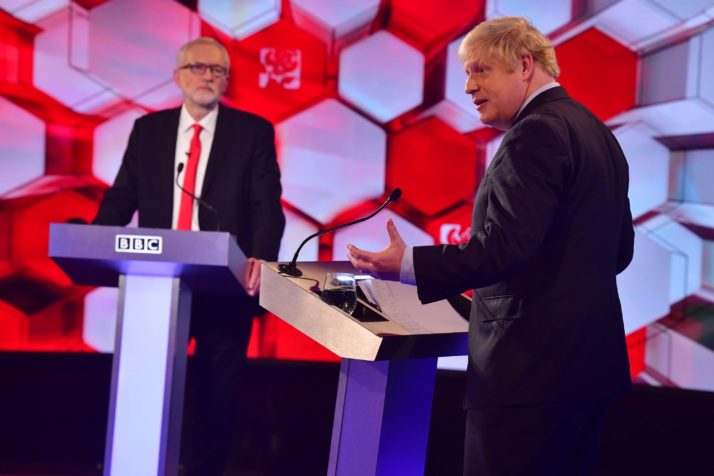 5 things to know about the final UK election TV debate

LONDON — Boris Johnson and Jeremy Corbyn clashed in their final head-to-head debate of the U.K. general election campaign on Friday.

Less than a week before polling day on December 12, the Labour and Conservative leaders faced off in Maidstone, Kent for an hour. A snap YouGov poll after the debate found 52 percent of viewers thought Johnson won while 48 percent thought Corbyn did. But the close result is within the margin of error, meaning a score draw.

Here are the five things you need to know.

1. A diplomat quit with a blast at Boris Johnson and he didn’t notice

The prime minister claimed to know nothing about the senior U.K. diplomat who quit her job saying she no longer wanted to “peddle half-truths” about Brexit for the British government. Alexandra Hall Hall, the lead envoy for Brexit at the U.K. Embassy in Washington, handed in her resignation on December 3. She said the British civil service was being asked to deliver messages on Brexit which were not “fully honest” and her position had become “unbearable personally” and “untenable professionally.”

The story broke several hours before but asked about it during the debate, Johnson said: “I don’t know who you are referring to but what it shows to me is that we need to move on as a country.”