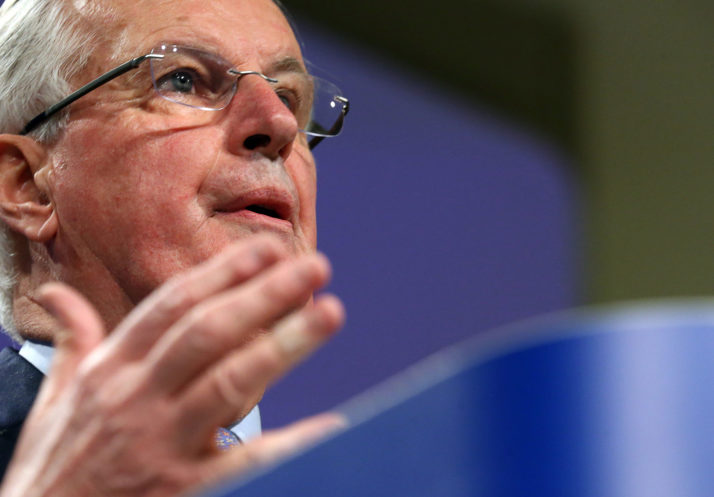 EU chief Brexit negotiator Michel Barnier gives a press conference on the first round of EU-U.K. negotiations in Brussels on March 5, 2020 | Francois Walschaerts/AFP via Getty Images

Barnier: ‘Very serious’ differences at end of first round of Brexit talks

However, ‘the past few days have been very constructive,’ says EU negotiator.

There are four major points of divergence between London and Brussels after the first round of talks on post-Brexit relations, EU chief negotiator Michel Barnier said Thursday at a press conference to mark the end of the first round of Brexit talks.

“We noted that there are points of convergence on some of our objectives,” Barnier said, including the participation of the U.K. in some EU programs. “But to be completely bold: there are many divergences and they are very serious divergences, which is probably quite natural in a first round of negotiations.”

He said the main differences were a level playing field, criminal justice and law enforcement, governance and fishing.

On a level playing field, Barnier referred to the Political Declaration. ‘We had agreed with the U.K. that we want to prevent trade distortions and unfair competitive advantage. We also agreed that we would keep high standards.” He added that “the U.K. said that it wants to keep the same ambition of high standards but … doesn’t want to take those undertakings in a common agreement and doesn’t want a proper mechanism in order to respect those standards.” He said that this is “a question of trust.”

On criminal justice and law enforcement,