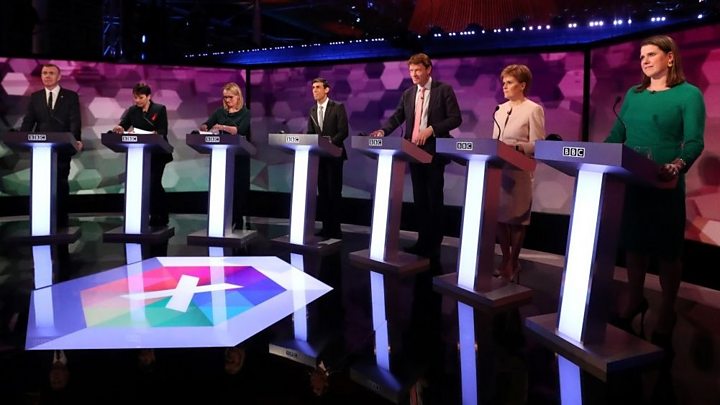 The latest election debate saw figures from seven political parties square off for the first time on television this election campaign. Here are some of the key moments.

Tempers frayed over the future of the health service, which has been a big theme during the election campaign.

Labour’s Rebecca Long-Bailey reprised her party’s claim that the NHS is under threat from a post-Brexit trade deal with the US, saying initial trade discussions showed services would be “on the table”.

The SNP’s Nicola Sturgeon backed her, as did the Green Party’s Caroline Lucas.

But Chief Secretary to the Treasury Rishi Sunak said the NHS was “not for sale,” and accused Labour of peddling a “conspiracy theory”.

The Brexit Party’s Richard Tice then took things up a notch, branding Labour’s claim “ludicrous,” and accusing the party of “scaremongering”. He got a short round of applause when he railed against drugs waste in the NHS.

Ms Long-Bailey then was asked to defend a claim in a Labour email to supporters that patients could face a five-figure bill for cancer treatment in future. As she was answering the question, Mr Tice spoke over her, saying: “No one’s going to privatise the NHS […] it’s rubbish.”

Catch up on the debate

2. The audience was fairly subdued

In the first televised debate of the campaign, between Boris Johnson and Jeremy Corbyn, both were subjected to calling out and laughter from the audience, particularly over the issues of trust and their position on Brexit. In last week’s BBC Question Time debate, there were also some difficult audience questions.

This time around, the audience was noticeably quieter.

As might be expected, the mood at the start of the debate was fairly sombre, as politicians and the public reacted to the London Bridge attacks earlier in the day.

But things didn’t get much louder from then, with the various interventions garnering little scorn or applause.

3. We learned who would press the nuclear button 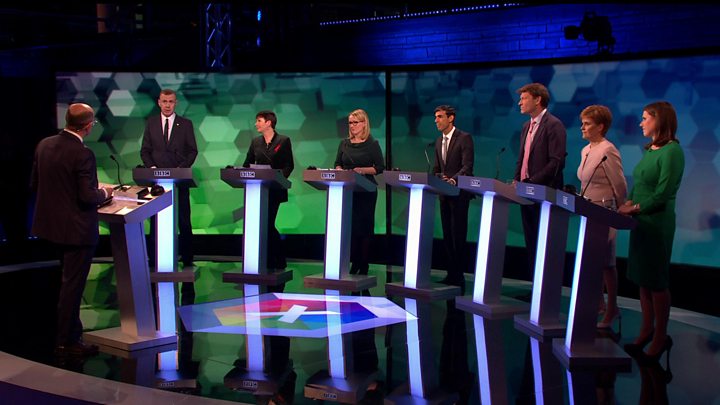 Media captionMixed answers on whether representatives would use nuclear weapons

It’s a classic election-time question: would the politicians, or their party leaders, retaliate in kind if the UK were under nuclear attack?