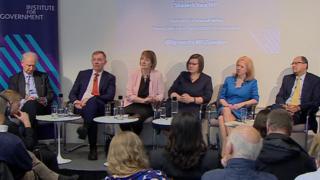 With the election for the next Speaker of the House of Commons due to happen next month, six of the candidates appeared at an Institute for Government event. Here’s what they had to say.

John Bercow wasn’t there, but his influence was still heavily felt.

Six of the nine candidates vying to replace him as Speaker sought to define themselves against the man who has held the job for 10 years.

During the discussion, criticism of Mr Bercow’s tenure ranged from the subtle to the blunt, with Conservative MP Shailesh Vara labelling him “a verbal playground bully”.

“He demeans colleagues. He insults them. That cannot continue,” he said

And Labour’s Chris Bryant said he would bring an end to “long lectures from the chair”.

Mr Bercow is standing down on 31 October. MPs will elect his replacement on 4 November.

One of his current deputies, Dame Eleanor Laing, did not explicitly attack Mr Bercow’s manner but said: “You don’t need to be rude to exert discipline.” She added: “The Speaker needs to exert authority with kindness.”

While Conservative Sir Henry Bellingham praised what Mr Bercow had done for backbench MPs, he said a good Speaker should be like “a good umpire – he should not grandstand”.

He also suggested it would be a good thing if the public did not know the name of the Speaker, in contrast to the massive media and social media interest in Mr Bercow. 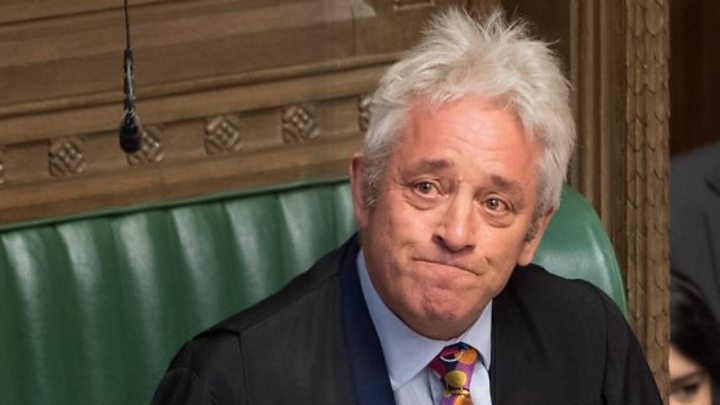 Candidates were also asked how they would change the culture of the House of Commons, including making its members more diverse and the building more accessible.

She also called for MPs to get training in how to manage their staff, telling the audience she had heard “horror stories” about how some employees had been treated.

And Labour’s Harriet Harman said Parliament should have modern employment practices such as bereavement leave.

“You have to be in touch with where the public is going,” she said.

Mr Bryant said he would tackle the unpredictably of the timing of votes,