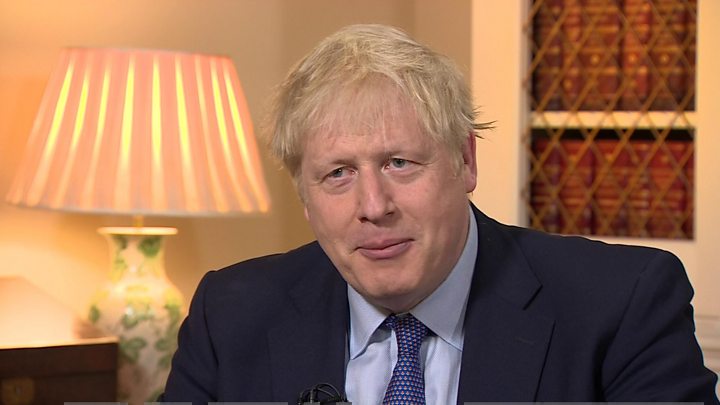 People may be able to donate money towards the cost of making Big Ben chime when the UK leaves the EU, Boris Johnson has said.

The prime minister said getting the famous bell to ring at 23:00 GMT on 31 January would cost £500,000, but some form of crowdfunding might be possible.

Big Ben has only rung on a few occasions since refurbishment of the tower housing it began in 2017.

A bid to get the bell-ringing enshrined in law was dismissed last week.

An amendment to the PM’s Brexit bill, which would have required it to chime on Brexit day, was not selected for a vote in the House of Commons.

“We’re working up a plan so people can bung a bob for a Big Ben bong, because there are some people who want to,” Mr Johnson told BBC Breakfast.

“Because Big Ben is being refurbished, they seem to have taken the clapper away, so we need to restore the clapper,” he added.

“And that is expensive, so we’re looking at whether the public can fund it.”

The PM’s official spokesman said there was not a “specific government fund” to meet the costs, but added: “If the public wants Big Ben to bong and the money is raised, then that is great.

“We will make sure that – whatever happens in regard to Big Ben’s bongs – January 31 is properly marked. It is a significant moment in our history.”

The House of Commons Commission, which manages the parliamentary estate, said the extra spending could not be justified, but it would listen to MPs on the matter.

The body heard that for the bells to chime, a temporary mechanism used on Remembrance Sunday and New Year’s Eve would have to be restored to the Palace of Westminster’s Elizabeth Tower, and a temporary floor of the belfry installed.

Costs for this work, alongside testing and ringing the bell, were estimated at approximately £120,000. In addition, existing restoration works would be delayed by two to four weeks, at a cost of £100,000 per week.

The House of Commons Commission’s estimate is made up of two separate costs – bringing back the bonging mechanism and installing a temporary floor, and the cost of delaying the conservation work.