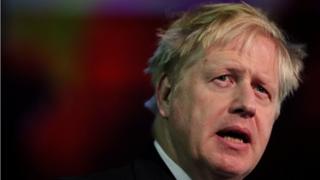 A man who tried to prosecute Boris Johnson over claims he lied during the 2016 EU referendum has lost his bid to take the case to the Supreme Court.

Marcus Ball accused the prime minister of “abusing public trust” by claiming the NHS could get £350m extra a week after Brexit.

The High Court threw out his case in June – but Mr Ball applied for leave to appeal to the UK’s highest court.

The proceedings were started at Westminster Magistrates’ Court in May when Mr Bell applied for a summons accusing Mr Johnson of three allegations of misconduct in public office.

Mr Johnson’s lawyers have always rejected claims he acted improperly or dishonestly in any way and challenged the case at the High Court.

Mr Ball could still continue his legal battle by applying directly to the Supreme Court, challenging the decision in the European Courts or making another attempt at a prosecution.

“This isn’t over, we are not giving up,” he said outside the High Court after the ruling. “We are pursuing it, absolutely.”

He later said in a statement: “The offence of misconduct in public office has itself never come before the Supreme Court and is in great need of their attention and clarification.”

The £350m figure was used by the pro-Brexit Vote Leave group during the referendum.

It also appeared on the side of a campaign bus, which urged the UK to “fund our NHS instead”.

The claim was criticised by, among others, the UK’s statistics watchdog.

Mr Ball crowdfunded more than £390,000 for legal fees to figh