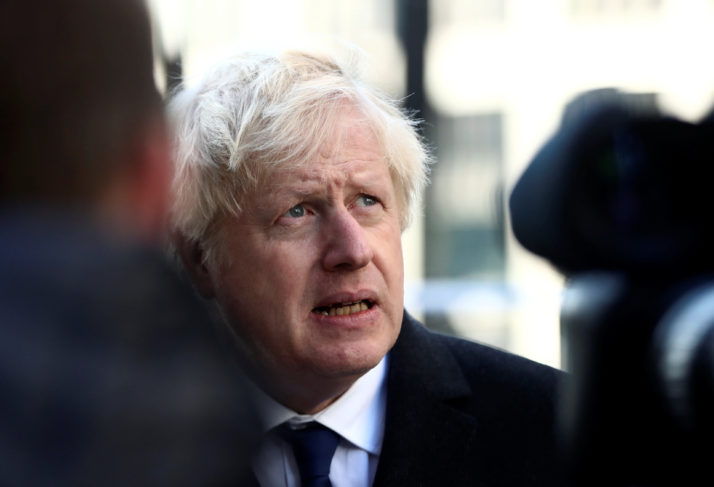 Europeans would need passports to travel to the UK post Brexit, under Conservative Party proposals.

LONDON — Boris Johnson is pushing for a post-Brexit reform of border rules designed to strengthen security checks over Europeans entering the U.K.

In the aftermath of Friday’s London Bridge terrorist attack, in which two people died and three others were injured, the Conservative Party put forward a package of five changes to border rules, including a requirement for Europeans to submit to electronic clearance procedures before entering the U.K. The party has pledged to implement the changes once it has ended freedom of movement after Brexit.

The alleged perpetrator of the London Bridge attack, 28-year old convicted criminal Usman Khan, who was shot by police at the scene, was born in Stoke-on-Trent in the U.K. in 1991 to Pakistani parents. He would not have been subject to the proposed new measures.

Under the Tory plans, if the party wins the December 12 election, EU nationals would have to obtain clearance to visit the country through a new Electronic Travel Authorisation, an online form designed “to screen arrivals and block threats from entering the U.K.,” similar to the U.S.’s Electronic System for Travel Authorization (ESTA) scheme.

As technology becomes available, Europeans applying through the proposed ETA program would also have to undertake biometric tests.