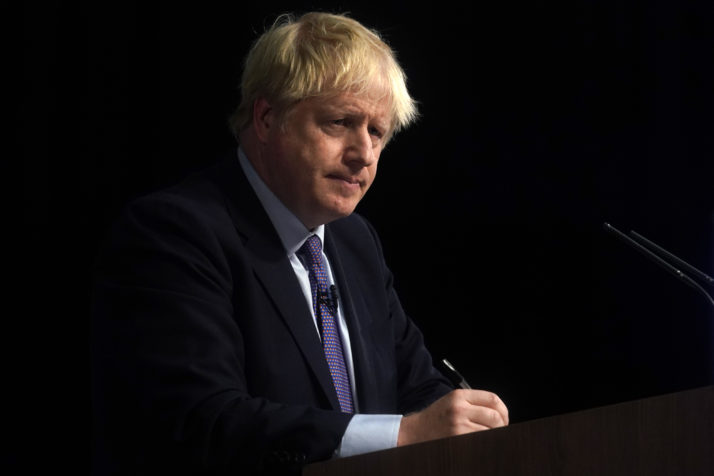 Boris Johnson struggles with questions on trade deals and trust

UK in talks with ‘about a dozen’ countries on future trade deals, prime minister says.

LONDON — Boris Johnson could not say Friday how many trade deals his government is ready to conclude after Brexit.

“We’ve got talks underway with many countries,” Johnson said in an LBC Radio interview ahead of the U.K.’s upcoming general election. “I can’t give the answer as to how many deals are actually formalized.”

Pressed further, the prime minister said: “There are a number that are virtually ready to go,” and added: “I imagine we have about a dozen that we’re currently working on.”

He named India, China, Australia and New Zealand as countries that the U.K. is in discussions with over future agreements.

“I’m not going to say they are oven-ready because obviously they will need to be concluded,” Johnson said. “Because of the duty of sincere cooperation that we have with the EU, we cannot now conclude those deals because we’re still members.”

Johnson singled out China, saying: “The U.K. is geographically closer to China than New Zealand is to Beijing, and yet we export hardly any, if any, lamb.”

International Trade Secretary Liz Truss said in October that the government would prioritize trade deals with countries that share U.K. values. So far, the government has signed 19 “continuity” trade deals — which roll over agreements that already exist between third countries and the EU — with nations including Israel,