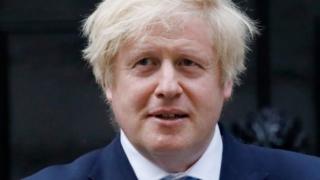 Prime Minister Boris Johnson is set to be questioned by senior MPs on Wednesday next week.

It will be the first time the PM has appeared before the Commons Liaison Committee since taking office in July.

Chairman Sir Bernard Jenkin said the coronavirus crisis had “led to a centralisation of power” making the PM “more personally accountable than usual”.

The two-hour session will take place via video conferencing.

The panel of select committee chairmen and women is the only Commons committee that can quiz the prime minister.

Mr Johnson had previously been accused of dodging scrutiny after pulling out of an appearance in front of it in October last year.

At the time, Mr Johnson justified the decision by saying he had to “focus on delivering Brexit”.

Sir Bernard said Mr Johnson was likely to be asked about “care homes, PPE (Personal Protective Equipment), the re-opening of schools, the quarantining of international travellers” among other issues.

The select committee chairs were also likely to ask about “how and when to end to the lockdown, and the economic impact it has been having,” he added.

Earlier this week, Sir Bernard wrote to Mr Johnson to request a two-hour slot at the committee as it would allow MPs to subject the prime minister to “more detailed scrutiny” than is possible in the Commons chamber.

“At this difficult time, it is of crucial importance that Parliament is abl