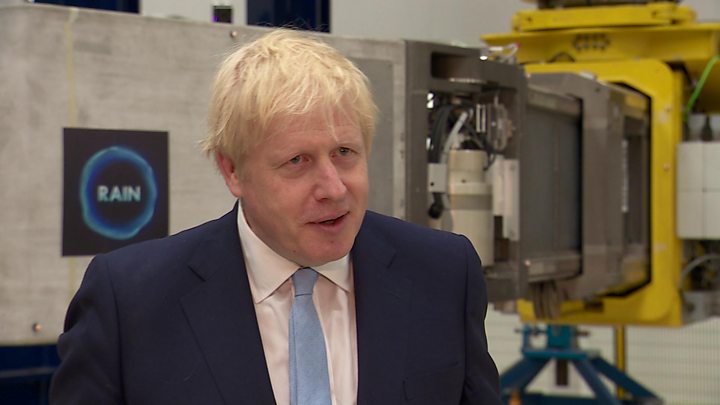 The EU should show “common sense” and agree to make changes to the Brexit withdrawal deal, Boris Johnson has told the BBC.

The prime minister said there was “bags of time” for the EU to compromise on the Irish border backstop plan before the Brexit deadline of 31 October.

He also warned MPs not to oppose Brexit, and to respect the 2016 referendum result.

The EU has said repeatedly the backstop arrangements cannot be changed.

Mr Johnson said the policy – designed to guarantee there will not be a hard Irish border after Brexit – would turn the UK into a “satellite state” of the EU if it came into effect.

Speaking during a visit to Oxfordshire, he said the arrangements would “keep us locked in EU regulatory orbit, locked in the EU trading system, unable to control our own laws”.

Theresa May’s deal has been rejected three times by MPs and as things stand, the UK will leave the EU on 31 October whether it has agreed a new one or not.

Many of those who voted against the deal had concerns over the backstop, which if implemented, would see Northern Ireland staying aligned to some rules of the EU single market.

It would also see the UK stay in a single customs territory with the EU, and align with current and future EU rules on competition and state aid.

These arrangements would apply unless and until both the EU and UK agreed they were no longer necessary.

The Prime Minister’s comments come amid growing speculation that opposition MPs will table a vote of no confidence in the government in a move to try and stop the UK leaving the EU without a deal.

Labour leader Jeremy Corbyn has said Labour will table a no-confidence vote at an “appropriate” time, once MPs return from the summer break in September.

What is a vote of no confidence?

According to the Sunday Telegraph, Mr Johnson’s senior advisor at No 10, Dominic Cummings, has told MPs even losing such a vote could not stop the PM taking the UK out of the EU on 31 October.

He reportedly said Mr Johnson could call an election for after the deadline,