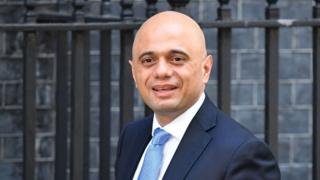 Chancellor Sajid Javid has announced a one-year spending review to give government departments “financial certainty” as they prepare for Brexit.

Mr Javid said a “fast-tracked” spending round for 2020-21 would “clear the ground ahead of Brexit while delivering on people’s priorities”.

But shadow chancellor John McDonnell warned that the Tories were “playing dangerous games with spending”.

“We will get Brexit done by 31 October and put our country on the road to a brighter future,” said Mr Javid.

Mr McDonnell disagrees with this approach, saying it “smacks of pre-election panic measures by the government”.

“Boris Johnson is splashing a little bit of cash as a publicity stunt, but keeping the door open for even more austerity if a no-deal Brexit breaks the economy,” he said.

He added that a one-year spending review would enable the government to halt any additional spending after the first year, and this uncertainty would make it hard for public services to prepare for anything beyond the next year.

Mr McDonnell stressed: “There are also gaping holes in the spending plans – nowhere near enough for our NHS or our schools or our local councils, nothing to lift children out of poverty, nothing to end the pain caused by the Tories’ Universal Credit, or to scrap the bedroom tax or the cuts in support for disabled people.”

About 50% of government spending is planned on a multi-year basis, when it comes to things like public services, such as the NHS, schools or the police, which are unlikely to alter drastically from year to year.

Typically, these budgets are set three or four years in advance, in order to help government departments plan their spending more effectively.

“If you’re a head teacher or head of a police force, if you’re trying to work out who to hire or whether to invest in a piece of equipment, it helps to know what your budget is going to be into the future,” Ben Zaranko, a research economist with the Institute for Fiscal Studies told the BBC.

“If you have to plan this on a year-to-year basis, it’s quite hard.”

This time, the spending review will be published in advance of the Budget, which means the chancellor will be making spending plans before he has updated forecasts for the economy, and before he has set tax policy, Mr Zaranko added.

Government departments are likely to have mixed views about this announcement.