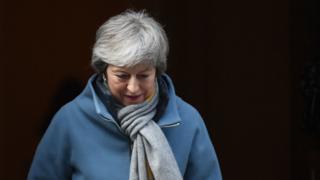 British MPs have voted for a delay in the Brexit process for three months or more, after struggling to agree on what terms the UK should leave the European Union on 29 March.

You might think, after months of division, infighting and uncertainty that surely, surely, this means everything will go smoothly from here.

Here’s what just happened, why it matters, and what might happen next.

Members of Parliament have struggled to agree how Britain should leave the EU on 29 March. Deals proposed by Prime Minister Theresa May (and agreed with the EU) have twice failed to get through the House of Commons.

Now, MPs hope their 413 to 202 vote on Thursday will help them agree a deal. Any problem? Yes – the Brexit deadline is legally binding, and can’t be extended without the agreement of all 27 other EU countries.

Even if the deadline is extended to help prompt the divided British Parliament (and divided governing Conservative Party) to agree a Brexit deal, there’s no guarantee they will.

This is all coming to a head now because the British government triggered the start of the two-year departure process on 29 March 2017.

With days to go until that finishing post, it’s no clearer on what terms the UK should pull out (on trade, the transition period and the status of the Irish border, for example).

The prime minister’s two (rather similar) proposals have failed to get the backing of a majority in Parliament, partly because the more hardline but influential Brexiteers within her own party have snubbed her proposals.

Which leaves us where we are now.

There are serious concerns that leaving the EU without a deal in place could damage the economy and lead to shortages or price increases in food and medicine, among other consequences. MPs voted on Wednesday to rule out leaving with no deal, but that vote isn’t binding.

Now MPs hope that the delay of three months or more they agreed on Thursday can help them finally find a consensus.

If only it were that straightforward.

The British government can’t just click its fingers and extend the deadline. It will need to make a convincing case to the 27 other EU countries as to why the deadline should be extended. The EU would then need to agree that this is the best way forward.