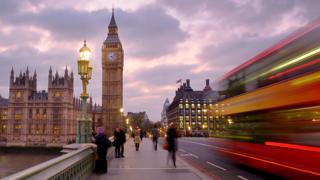 But where does the public now stand on Brexit and what do they think it should mean for immigration and the economy?

Do most voters now support Brexit?

Despite the Conservatives’ election success, polls conducted during the campaign suggested – as they had done for the last two years – that there was a small but consistent majority in favour of remaining in the EU.

The lead for Remain is too small to be certain that most voters would prefer Brexit was not happening. However, the evidence certainly does suggest the UK remains more or less evenly divided about Brexit.

Immigration and the economy

Two key issues in the 2016 referendum were immigration and the economy. In both cases, Remain and Leave voters still have very different views about what Brexit will mean.

According to research by NatCen, nearly two in five of all voters (38%) think immigration will fall. Just 7% believe it will increase after the UK leaves the EU.

However, nearly half (46%) of those who voted Leave believe immigration will be lower, compared with only 34% of Remain supporters.

These figures have not changed much since the EU referendum.

In contrast, attitudes towards the economic consequences of leaving the EU have shifted. In September 2016, a few months after the EU referendum, under half (45%) said the economy would be worse as a result of Brexit, while 30% believed it would be better.

But in a survey by NatCen during the election campaign, over half (56%) said the economy would be worse as a result of Brexit. Fewer than a quarter (21%) believed it would be better.