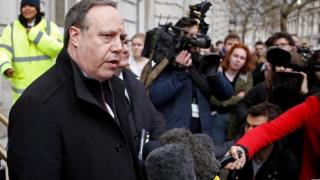 The DUP has welcomed the government’s “renewed focus” on addressing its objections to the Brexit deal ahead of next week’s third Commons vote.

The party has twice voted against the deal over concerns it would see Northern Ireland treated differently from the rest of the UK.

After talks with ministers in London, its Westminster leader Nigel Dodds said it was still seeking extra guarantees.

His party “wanted to get a deal but it had to be the right deal”, he said.

Mr Dodds spent Friday afternoon in meetings with key cabinet figures – including Chancellor Philip Hammond and Environment Secretary Michael Gove – as the government seeks to persuade MPs to support its deal when it returns to the Commons.

The third “meaningful vote” on Mrs May’s deal is expected by 20 March and, if agreed, the prime minister has promised to seek a short extension to the Brexit departure date of 29 March, after MPs voted in favour of a delay.

If it fails to gain support, having already been defeated in the Commons by large margins twice, Mrs May has warned a longer extension may be needed and the UK may have to take part in European elections.

The 10 votes provided by the DUP, which has a parliamentary pact with the Conservatives, are thought to be key to the prime minister securing her deal.

Some Tory Brexiteers who have also criticised the backstop – a fallback arrangement designed to avoid the return of physical checks on the Irish border – and voted against the deal are now pledging their support to avoid a long extension. 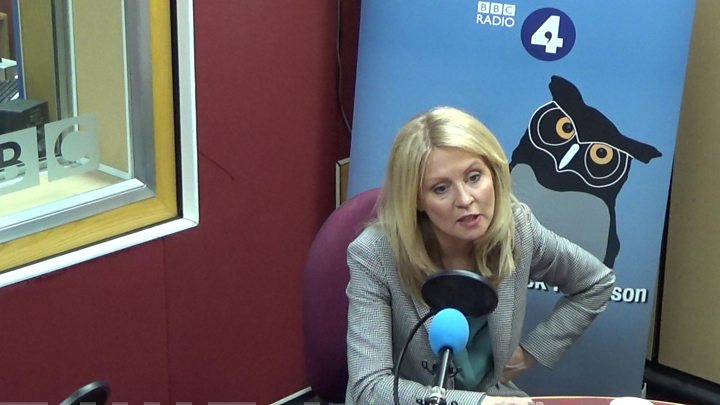 Media captionMcVey: “People will have to vote for deal if they want Brexit”

James Gray said he will vote for the “obnoxious” deal “after a great deal of soul-searching”, and described those who said they would oppose any deal as “total extremists”.

And former cabinet minister Esther McVey – who resigned her role over Mrs May’s Brexit deal – also suggested she might vote in favour of it.

Some MPs have suggested looking into whether the backstop could be solved by using Article 62 of the Vienna Convention – which would allow the UK to withdraw from any treaty if there had been “a fundamental change of circumstances… which was not foreseen by the parties”.

In a letter to the Times, cross-bench peer and QC Lord Pannick said the UK would be “entitled to terminate the withdrawal agreement”