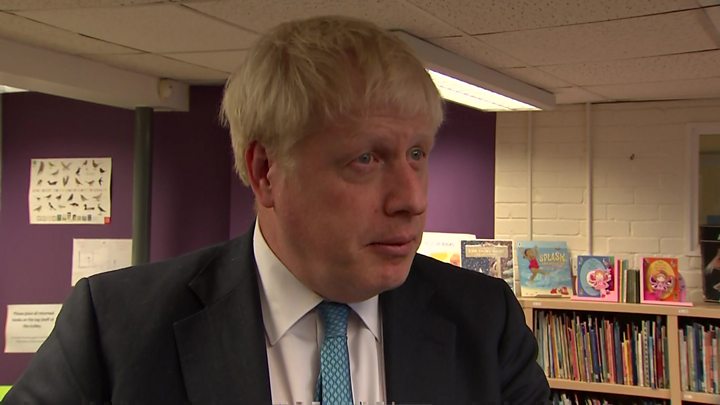 Media captionBoris Johnson: Brexit is not a done deal

EU countries have agreed to “intensify” Brexit talks with the UK over the next few days.

The development comes after a meeting in Brussels between Brexit Secretary Steve Barclay and EU chief negotiator Michel Barnier, described by both sides as “constructive”.

But UK Prime Minister Boris Johnson said there was “a way to go” before a deal could be reached.

A European leaders’ summit next week is seen as the last chance to agree a deal before that deadline.

Mr Johnson put forward revised proposals for a deal last week, designed to avoid a hard border on the island of Ireland after Brexit.

Speaking on Friday, he said there was not “a done deal”, adding: “The best thing we can do now is let our negotiators get on with it.”

In a statement, the European Commission said: “The EU and the UK have agreed to intensify discussions over the coming days.”

BBC Brussels correspondent Adam Fleming said that, although there would be a “measure of confidentiality”, EU states would still be briefed on any developments.

In Paris, French President Emmanuel Macron was asked if there was hope of a deal, replying: “Let’s wait for the next few hours.”

Meanwhile, the pound rose to a three-month high against other major currencies, amid increased investor optimism over an agreement. 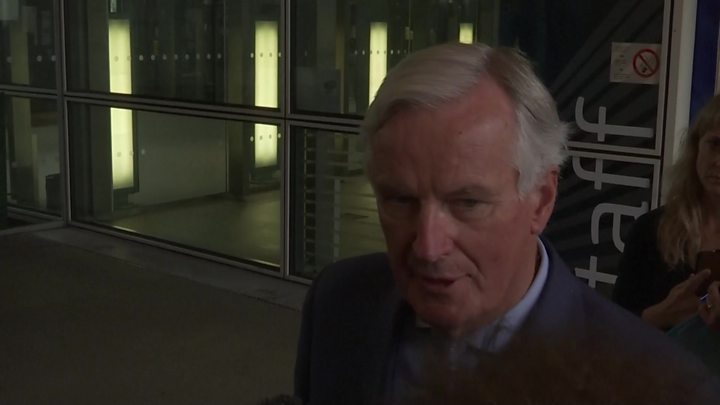 Media captionBarnier: We had a constructive meeting

He added: “Brexit is like climbing a mountain. We need vigilance, determination and patience.”

Earlier this week, several senior EU figures played down the chances of Brexit happening with a deal agreed to by both sides.

But on Thursday, Mr Johnson and Mr Varadkar held a one-to-one discussion – described by both as “very positive and very promising”.

Mr Varadkar said talks were at a “very sensitive stage” but he was now “convinced” the UK wanted a deal, adding: “I do see a pathway towards an agreement in the coming weeks.”

Image copyright AFP
What are the PM’s border plans?

Under Mr Johnson’s proposals, which he calls a “broad landing zone” for a new deal with the EU: