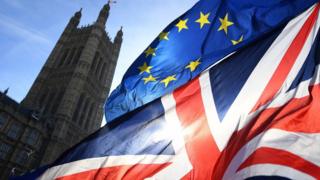 Executive ministers have clashed over a proposal from the environment minister that work should be halted on facilities at local ports that could be used for checks related to Brexit.

The controls are currently used for checks on agri-food products and animals.

In July, the UK confirmed it intended to put border control posts at Northern Ireland’s ports.

Work to expand the posts was then requested by the government.

However, it is understood Environment Minister Edwin Poots has taken the view that to press ahead with the expansion of current point of entry controls would be a waste of public resources following the latest UK Internal Market Bill.

The new bill sets out rules for the operation of the UK internal market – trade between England, Scotland, Wales and Northern Ireland – after the end of the Brexit transition period in January.

There has been controversy over the bill explicitly stating that these powers should apply even if they are incompatible with international law.

However, ministers say it is needed to prevent “damaging” tariffs on goods travelling from the rest of the UK to Northern Ireland if trade deal negotiations with the EU fail.

Stormont officials are concerned any ministerial order to pause work on the points of entry could be in breach of the Northern Ireland Act.

The act – which underpins the Stormont Executive – gives the secretary of state the power to order a minister or department to take an action if he believes it is required to fulfil the UK’s international obligations.