Boris Johnson has said he will press on “undaunted” with Brexit on 31 October, despite losing a crunch Commons vote.

The PM must now ask the EU for an extension to that deadline after MPs backed an amendment aimed at ruling out a no-deal Brexit, by 322 votes to 306.

But he told MPs: “I will not negotiate a delay with the EU and neither does the law compel me to do so.”

He vowed to bring in legislation on Monday to implement the deal he struck with Brussels this week.

MPs could also be given another vote on the deal on Monday, if Commons Speaker John Bercow allows it.

The Commons defeat is a major setback for the PM, who has repeatedly insisted that the UK will leave at the end of the month come what may.

Under the terms of the so-called Benn Act, passed last month by MPs determined to prevent a no-deal Brexit, he has until 2300 BST on Saturday to send a letter to the EU requesting an extension.

Mr Johnson said he was not “daunted or dismayed” by the Commons defeat and remained committed to taking Britain out by the end of the month on the basis of his “excellent deal”. 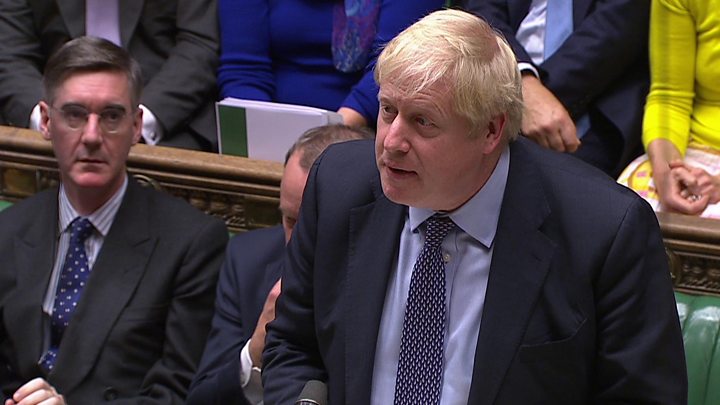 Media captionBoris Johnson: “I will not negotiate a delay with the EU”

But Labour leader Jeremy Corbyn said: “The prime minister must now comply with the law. He can no longer use the threat of a no-deal crash out to blackmail members to support his sell-out deal.”

And the SNP’s leader at Westminster, Ian Blackford, said that if Mr Johnson acted as if he was “above the law”, he would find himself in court.

Downing Street refused to offer any explanation as to why the prime minister did not consider he was obliged to negotiate a fresh extension.

The EU said it was up to the UK to “inform it of the next steps”.

French President Emmanuel Macron spoke to Mr Johnson by phone after his Commons defeat, telling him a delay to Brexit “would be in no one’s interest,” according to a French official. 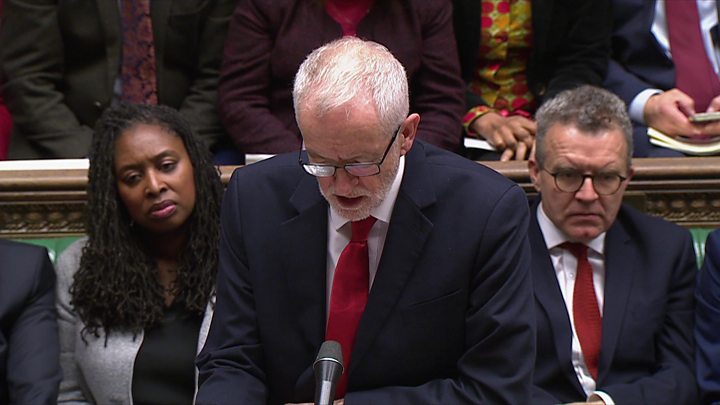 Media captionJeremy Corbyn: PM “can no longer use the threat of a no-deal crash-out to blackmail members”  » Read More at bbc.co.uk