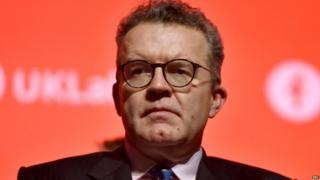 Labour must prioritise reversing Brexit through another referendum, over winning power in a general election, its deputy leader Tom Watson is to say.

He will warn that a snap election before the end of the year may fail to resolve the current deadlock.

Putting himself at odds with Jeremy Corbyn, he will say there is “no such thing as a good Brexit deal” and Labour must campaign unequivocally to remain.

Mr Corbyn has said Labour must offer voters both Leave and Remain options.

Following meetings with trade union leaders on Tuesday, Labour’s leader promised a further referendum on Brexit with a “credible Leave option” versus Remain if his party wins the next general election.

Its election manifesto will promise to reach a better Brexit deal, but is not expected to commit to either Leave or Remain.

Mark Serwotka, the general secretary of the PCS union, said this was the “only common sense” position and the binary choice on offer in a referendum was a “huge gamble” which risked “perpetuating” existing political divisions.

“I think Tom Watson’s intervention is irresponsible and not what Labour communities need,” he told the BBC’s Newsnight.

Mr Watson and other senior Labour figures, including shadow Brexit secretary Sir Keir Starmer, say they will campaign to stay in the EU in any circumstances.

BBC Newsnight political editor Nick Watt said he believed Mr Corbyn’s aim was to “provide a home” for both Leave and Remain supporters at the next election but he could be forced to allow colleagues to campaign on both sides in the event of another referendum.

Labour has voted twice against Boris Johnson’s plans for a poll on 15 October.

The party’s leadership has insisted it is eager for an election after the risk of a no-deal Brexit on 31 October has been ruled out.

In a speech in London, Mr Watson will say that while an autumn general election seems inevitable given Boris Johnson’s loss of control in Parliament “that does not make it desirable”.

“Elections should never be single issue campaigns,” he will say, suggesting vital issues such as the future of the NHS, economic inequality and crime will be “drowned out” by Prime Minister Boris Johnson’s “do or die” Brexit message.

“The only way to break the Brexit deadlock once and for all is a public vote in a referendum,” he will say. “A general election might well fail to solve this Brexit chaos.”