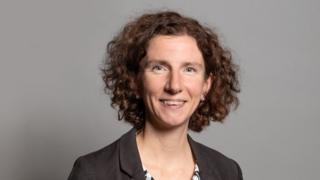 The UK has let the EU but has given itself until 31 December to negotiate a trade deal, until which time most EU rules will still apply.

New Labour leader Sir Keir Starmer has said it was “a mistake” to put that date into legislation.

Ms Dodds, who served in her predecessor John McDonnell’s shadow Treasury team, warned against the “kind of chaotic exit that has always been a threat under this Conservative government”.

She called for “desperately needed” co-operation with the EU and other international bodies on the coronavirus crisis.

Ms Dodds, who represents the Oxford East constituency, was an MEP before entering the Westminster Parliament in 2017.

In an interview with the PA news agency, she said: “Very sadly we’ve seen in areas like provision of protective equipment, testing capacity, ventilators and so forth, what happens when there isn’t that co-ordination and when international systems aren’t necessarily working in the way that they should be working.”

She added: “I think we’ve seen that ideological approach from government towards the EU in particular, so I really hope that that changes because we don’t really have the luxury currently I think to be indulging in a partisan approach to these matters.”