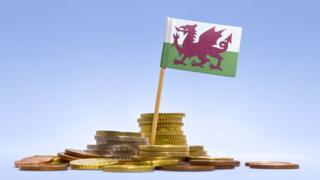 Wales’ Brexit minister Jeremy Miles has urged the UK government to give “clarity and commitment” that EU funding will be fully replaced.

UK ministers have vowed to substitute the £375m that Wales gets annually from the EU, but have not confirmed how.

Mr Miles said there was “no time to lose”. The Welsh Government wants to keep control of the cash but a Tory MP said it could be spent better.

The UK government said it was committed to the devolution settlement.

Large parts of Wales received extra cash from the EU in the form of economic aid but the funds have been administered by the Welsh Government.

The UK government has promised a new Shared Prosperity Fund (SPF) to replace the money, which has continued to be paid under the transition period that ends in December.

The Conservative general election manifesto promised the replacement would match the size of EU funds “at a minimum”.

Under EU structural funds Wales would have received more than £5bn by 2020.

David Jones, Conservative MP for Clwyd West and a former Brexit minister, has called for the SPF to be run from Westminster, while Prime Minister Boris Johnson said last year there should be “strong Conservative influence” over how the cash is spent.

Mr Miles told BBC Wales: “I’d urge them to bring forward a clear commitment that there won’t be a penny less for Wales, and the devolution boundary will be respected.

“We haven’t yet had from them the level of clarity and commitment that we would expect.

“There is really no time to lose for this. We are in a situation where these programmes ought to be in place at the beginning of next year, and so really we need to be getting on with it,” he said.

Mr Miles spoke as the Welsh Government launched a consultation on its own proposals.

It has set out four priorities for investment – business productivity and competitiveness, reducing income inequalities, healthier and more sustainable communities, and a zero-carbon economy.

Stephen Crabb, Conservative MP for Preseli Pembrokeshire and chair of the Welsh affairs committee, said too often EU funds to Wales were