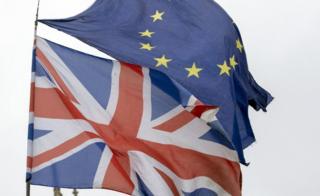 A group of MPs has questioned if the government can meet its promise of “unfettered” trade between Northern Ireland and the rest of the UK.

The Northern Ireland Affairs Committee has been examining the NI part of the Brexit deal, known as the protocol.

The government said that when it takes effect in January it will not mean new processes for NI to GB trade.

But the MPs said unfettered access will need a concession from the EU that it has not yet granted.

The focus is on a piece of administration known as an exit summary declaration.

The government has repeatedly said this will not be needed for Northern Ireland goods being sent to Great Britain.

It was this paperwork that the prime minister suggested Northern Ireland businesses could throw in the bin.

However, the EU said the declarations were a requirement of its customs rules.

The protocol means that Northern Ireland will continue to follow EU customs rules, even though it remains part of UK customs territory.

The committee concluded: “The UK’s approach depends on the EU granting waivers from export declarations and exit summary declarations.

“While the government’s interpretation is desirable, it is ultimately a matter for the EU whether it grants that concession.”

‘Checks on GB to NI trade’

The MPs have called for the government to explain how it will facilitate unfettered access if it does not get the necessary waivers.

The issue is currently being considered by the EU-UK committee overseeing the Brexit deal.

The protocol will mean a range of new processes and checks on GB to NI trade, including customs declarations.

However, businesses have so far been given only limited information about what they will have to do as a result.

The committee said that businesses must be given clear instructions by October at the latest.