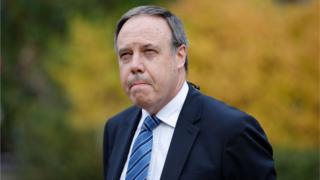 His comment came as UK and EU officials held what were described as “intense” talks in a bid to secure a new deal.

Neither side has given details about the common ground that has reportedly been found on the Irish border issue.

Mr Dodds said: “There is a lot of stuff coming from Brussels, pushed by the Europeans in the last hours.

“One thing is sure – Northern Ireland must remain fully part of the UK customs union and Boris Johnson knows it very well,” he told the Italian newspaper La Repubblica.

Negotiations between the UK and the EU are taking part at the EU Commission in Brussels and are expected to continue on Sunday.

A summit of European leaders is due to take place next Thursday and Friday is seen as the last chance to agree a deal before 31 October – the date the UK is due to leave the EU.