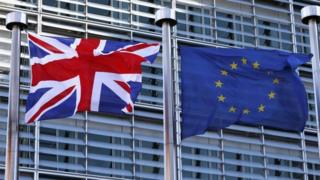 The cross party bid by MPs from Northern Ireland to change the government’s Brexit legislation has failed.

The DUP, SDLP and Alliance had sought to secure a legal guarantee that businesses from Northern Ireland would have “unfettered access” to the UK market.

The move was also supported by Sinn Fein, Ulster Unionists and business leaders in Northern Ireland.

The vote took place in the House of Commons on Wednesday afternoon.

During the debate the Brexit under-secretary, Robin Walker, argued that the government assurances over access to the UK market was sufficient and no extra legal guarantees were needed.

But he did admit there will be some “reporting requirements” on goods crossing the Irish sea.

He insisted efforts will be made to “reduce them” through the Joint Committee being set up to oversee the functions of the Northern Ireland protocol.

But the DUP MP Sammy Wilson challenged the Minister insisting “no one knows what unfettered access means”.

He added legal guarantees in the bill were needed to ensure that east and west trade will not be affected.

The SDLP MP Claire Hanna also criticised the lack of clarity in the Withdrawal Bill.

She said assurances from the government over “unfettered access” cannot be trusted.

The amendment was also supported by the Northern Ireland Retail Consortium.

Its director Aodhan Connolly said: “Today we had a momentous occurrence where NI MPs were united in laying down an amendment that was drawn up with the Northern Ireland business community many of whom worked long over Christmas to make this happen.

“It is a sign of a willingness from all par