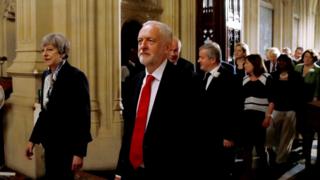 Cross-party talks between the Conservatives and Labour, aimed at breaking the Brexit deadlock, are continuing.

Theresa May has said she wants to negotiate a “joint plan” with Jeremy Corbyn.

If that is agreed, it would then be put to MPs in the hope that a Brexit deal could finally be voted through Parliament.

Both leaders have agreed a “programme of work” for their negotiating teams to work on.

So, what are the main differences likely to be when it comes to Brexit and where might possible compromise be found?

Theresa May has repeatedly ruled out the possibility of the UK remaining in a customs union with the EU – it’s one of her so-called red lines.

As a member of the European Union, the UK is part of the EU customs union.

Its members have an agreement not to carry out checks or put tariffs (extra payments) on goods that move around the area.

This can be particularly advantageous for businesses whose goods cross multiple EU borders.

But critics of the system say it has several drawbacks.

For one, members of the customs union cannot negotiate their own trade deals, on goods, with other countries – such as the United States. 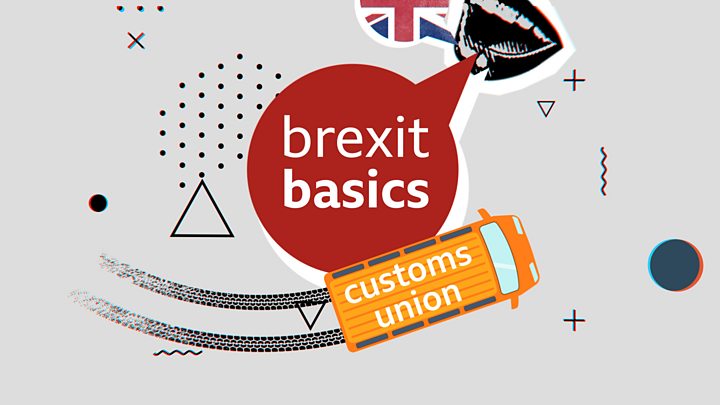 As recently as 25 March, the prime minister rejected the idea of a customs union, saying it “does not deliver on [an] independent trade policy”.

Labour says it wants a new permanent customs union with the EU, after Brexit. But it also says it wants the UK to “have a say” when the EU strikes future trade deals.

The level of UK involvement would depend on what Labour means by “have a say” but EU law currently prevents a non-EU member from influencing or vetoing its trade negotiations. But Labour says its policy cannot be ruled out until it has had a chance to negotiate this with the EU.

Membership of the single market is another area where there are differences.

The EU single market requires members to follow the same regulations and standards to keep trade flowing freely. It is based on four freedoms: goods, services, money and people (this last one allows EU citizens to live and work in the UK, and vice versa).

When Theresa May first set out her Brexit negotiating objectives, she said failing to leave the single market “would to all intents and purposes mean not leaving the EU at all”.

That’s because the UK would have to continue to pay into the EU budget, follow all the rules, and continue to allow freedom of movement.