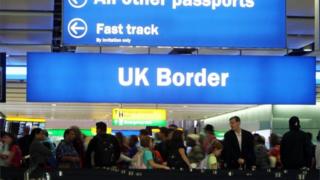 The European Parliament’s Brexit co-ordinator says he has been told there will be no automatic deportation from the UK of EU citizens who have not got settled status by the 2021 deadline.

Guy Verhofstadt said he had been given the assurance at a meeting with Brexit Secretary Stephen Barclay.

Under the EU settlement scheme, EU citizens living in the UK can apply to stay in the country after Brexit.

So far the number of applicants to the scheme has hit more than 2.7 million.

Nearly 2.5 million EU citizens have been told they can live and work in the UK after Brexit, while six “serious or persistent” criminals have had their applications rejected.

Speaking to BBC Radio 4’s Today programme, Mr Verhofstadt said he believed those who missed the deadline would still be able to apply for settled status after “giving grounds why it was not possible to do it within the normal procedures”.

“There will be no automatic deportation,” he added.

In October 2019 Home Office minister Brandon Lewis told German newspaper Die Welt: “If EU citizens until this point of time have not registered and have no adequate reason for it, then the valid immigration rules will be applied.”

When pressed on whether that would include those who met the legal requirements for residence but did not apply by the deadline, he replied: “Theoretically yes. We will apply the rules.”

Mr Verhofstadt told Today he had been told that the UK government was looking at the possibility of EU citizens being able to print out documentary proof of their status.