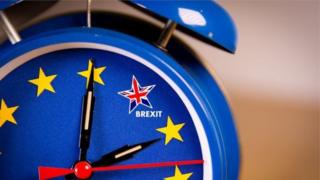 Post-Brexit trade talks are continuing with the EU “in these difficult times”, according to the UK’s chief negotiator.

David Frost said he and his EU counterpart, Michel Barnier, would decide a timetable for further discussions in April and May.

Opposition parties have called for a delay to the December deadline for reaching an agreement in light of the coronavirus outbreak.

But No 10 has consistently said it will stick to the timetable.

Earlier, Cabinet Office Minister Michael Gove wrote to the Commons Select Committee on the future relationship with the EU, saying the structure of negotiations was “likely to change to reflect the current situation” and they were “exploring flexibility”.

He added: “We remain in contact with the European Commission to explore alternative ways to continue discussions, and will be guided by scientific advice.”

The UK is currently in a transition period after leaving the EU at the end of January – meaning it still abides by a number of the bloc’s rules.

If an agreement isn’t reached by the end of the year, Boris Johnson has said he will refuse to extend the transition period and move on to trading with the EU on World Trade Organization rules.

Mr Gove has also said the UK could walk away from talks as early as June unless there was a “broad outline” of a deal.

But critics claimed such a move would damage the UK economy and cause challenges for British businesses.