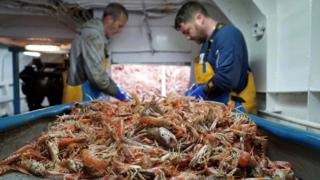 British firms exporting fish to the EU will face “some friction” after the post-Brexit transition period ends, the environment secretary has said.

George Eustice told a Lords committee companies would “probably” need to fill in health and catch certificates when selling into the EU’s market.

But he insisted the UK had a “strong hand” over access to its fishing waters in a deal with the EU.

The issue could be an early flashpoint in trade talks, which began this week.

The UK wants future access to its fishing waters for EU vessels to be negotiated on a yearly basis, under an agreement similar to the bloc’s existing deal with Norway.

But the EU wants to “uphold” existing access to British waters for vessels from member states, to avoid “economic dislocation” for their fishermen.

Mr Eustice insisted EU vessels would see some reduction in access to British waters, but it was “too early to say what access we would grant”.

He also told the Lords EU Energy and Environment Sub-Committee he was “optimistic” a deal could be reached before an initial July deadline.

He said that the government’s decision to become an “independent country” would, however, lead to increased administration for those exporting to the EU.

“That does mean that there will be some friction at the border,” he told peers.

“We are clear as a government now that is what we want to be – if it’s a choice between alignment with the EU or autonomy, we’re choosing autonomy.” 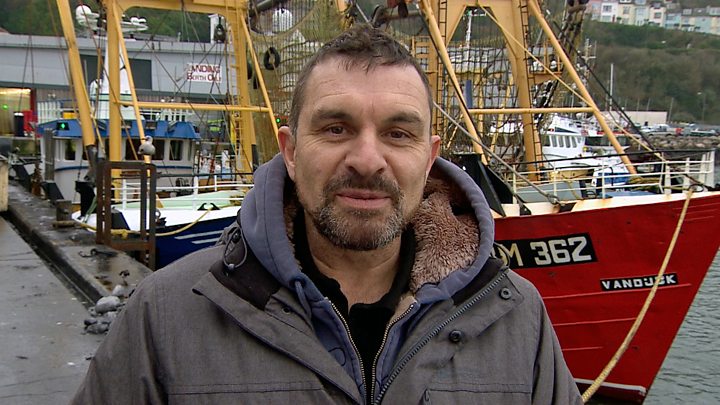 Media caption‘You have to be optimistic as a fisherman’

During the post-Brexit transition period until the end of this year, fishing will continue to be governed by the EU’s Common Fisheries Policy (CFP).

This means the fishing fleets of every country will have full access to each other’s waters, excluding the first 12 nautical miles out from the coast.

The EU has said an agreement on fisheries to replace these arrangements must be concluded before any broader, free-trade deal is finalised.

The 27-nation bloc has also said the level of access the UK grants to its waters will impact on the terms of the overall trade deal it offers to the UK.

This could be particularly important for UK fishermen selling products into the EU – currently three quarters of UK fish exports are sold in the bloc.