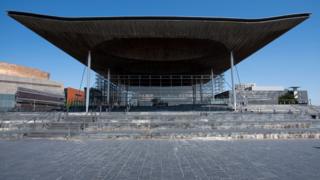 It will not stop it from becoming law, but will mean all three of the UK’s devolved law-making bodies will have rejected the EU withdrawal agreement.

Brexit Secretary Stephen Barclay said the law respected the result of the 2016 referendum.

It is expected both Labour and Plaid Cymru will reject the bill – their combined votes forming a majority in the 60-member chamber.

Under the way devolution works in the UK, the Welsh and Northern Ireland assemblies and the Scottish Parliament must give their consent to Westminster laws affecting them – including this bill.

But votes against parliamentary legislation are not legally binding.

The UK is set to leave the EU on 31 January with the deal in place.

Wales’ Brexit Minister Jeremy Miles said: “The Withdrawal Agreement Bill is careless of devolution, so as things stand, we cannot ask the Senedd to give legislative consent to the bill.