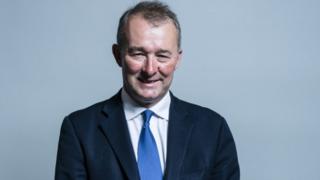 Simon Hart has been named the new Welsh secretary after Boris Johnson’s election victory for the Conservatives.

He succeeds Alun Cairns, who resigned at the start of the campaign amid a row over what he knew about an aide’s role in the collapse of a rape trial.

The Carmarthen West and South Pembrokeshire MP was previously a junior minister in the Cabinet Office.

Monmouth MP David TC Davies has been made junior minister in the Wales Office and will be deputy to Mr Hart.

Mr Davies, the former chairman of the Welsh Affairs Committee, will also serve as an assistant government whip, No 10 confirmed on Monday evening.

He is the sixth person to hold the ministerial role in the past two years.

Mr Hart said: “It’s great to have this opportunity. I’ve got my orders and I’m going to try and do it as best I can.”

Boris Johnson led the Tories to their biggest election win in more than 30 years with a majority of 80, after pledging to “get Brexit done” by the end of January.

The Welsh secretary oversees relations between the Welsh Government and Whitehall departments.

South Wales Central Assembly Member David Melding said it was an astute appointment “which promises much for Wales as we begin a new political chapter”.

Wales’ First Minister Mark Drakeford, from Welsh Labour, said he was “pleased to see a new Secretary of State for Wales appointed so quickly”.

“I hope to meet soon to discuss Welsh Government priorities and ensure they are heard at the UK Government’s cabinet table,” he added.

Who is Simon Hart?

Mr Hart came to Parliament in 2010 with a background in rural affairs as chief executive of the Countryside Alliance and a former master of the South Pembrokeshire Hunt.

A chartered surveyor by profession, he served on the backbenches until July when Boris Johnson took power and appointed him as a junior minister at the Cabinet Office.

He backed Remain in the 2016 EU referendum, but later emerged as leader of the Brexit Delivery Group, made up of MPs from both sides of the argument who sought a pragmatic approach to Brexit.

He has also been prominent in calls for greater protection for candidates and activists,