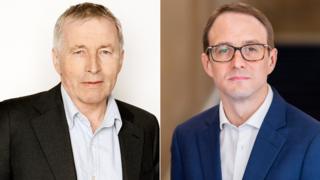 BBC political correspondent Chris Mason is to take over from Jonathan Dimbleby as the presenter of Any Questions?, BBC Radio 4’s political debate show.

Dimbleby announced in March that he would be stepping down after 32 years hosting the weekly programme.

Mason has worked at the BBC since 2002, and has been a political correspondent for the last seven years.

He is also one of the presenters of the Brexitcast podcast and TV show, on which he will continue to appear.

Just heard #chrismason is my successor in the #anyquestions chair. Great choice for great job. Fine political journalist who inhabits the Westminster bubble but has feet firmly planted outside. Tough, clever and witty. Listeners will relish him as much as he'll relish the role.

In a statement, Mason said he was “beyond excited” to be taking over the programme.

“On a discussion programme like Any Questions? audiences and listeners can understand not just what someone thinks but why they think that way,” he said.

“That isn’t always possible in other places but it’s vital in today’s battle of ideas. It aids political conversation and informs what we all understand about what’s happening in the UK and around the world.”