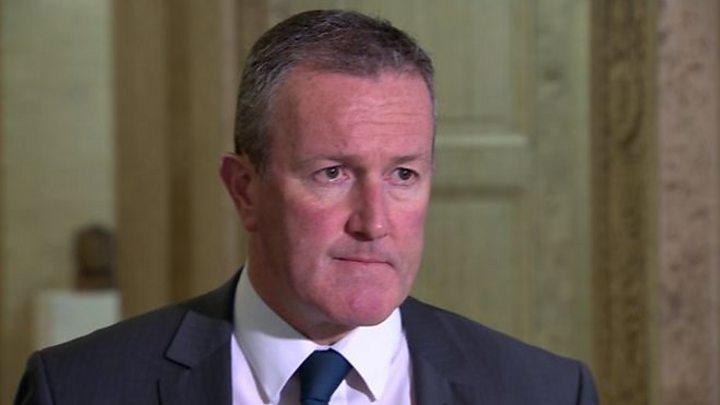 Northern Ireland’s Finance Minister Conor Murphy has said he is not “actively pursuing” a cut in corporation tax.

Cutting the tax, which is applied to company profits, was for many years a key economic policy shared by the Stormont parties.

The power to cut the tax was devolved to Northern Ireland in 2015.

Mr Murphy said a change in economic and political circumstances means the issue has now “receded”.

Speaking on BBCNI’s Good Morning Ulster, he expressed concern about what cutting the tax would mean for public services in Northern Ireland.

A cut in the tax would mean less revenue is collected for the Treasury.

Under state aid rules, the Northern Ireland executive would have to make up the shortfall through a cut in its block grant from Westminster.

That cost has been estimated at about £240m a year.

The previous Northern Ireland executive had intended to cut the corporation tax rate to 12.5% by 2018, matching the rate in the Republic of Ireland.

The rate of Corporation Tax in the UK is currently 19%.

Mr Murphy said when the proposition to reduce corporation tax was first agreed there was “a bigger difference” in the rate between Great Britain and the Republic of Ireland.

Mr Murphy said “a cut in corporation tax can only happen if it is affordable”.

“For Sinn Fein’s part, we always insisted that caveat be put in, a very honest assessment of what a cut would cost,” he added.

“I think the issue probably has, given Brexit and given the change in economic and political circumstances, reduced in significance and we find ourselves struggling just to provide the basic public services.

“That’s not to say that others may not raise it again but it’s not something that I’m actively pursuing.”