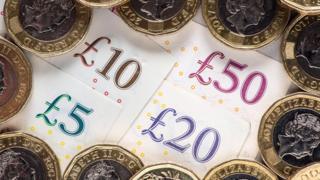 The Conservatives raised more than £37.6m during the last three months of 2019, in a record-breaking year for large donations to political parties.

According to the Electoral Commission, the Liberal Democrats took in £13.3m during the run-up and aftermath of December’s general election.

Labour raised £9.8m during the period, whilst the Brexit Party came fourth with £7.1m in gifts.

Only donations larger than £7,500 are included in the official figures.

The commission said the £113m total donated to parties in Great Britain last year was a record, and almost £40m more than during the last election year in 2017.

Parties in Northern Ireland raised £3.3m in donations last year during the 1 October to 31 December period, recorded in a separate commission release.

Much of the donation-giving has already been captured as part of mandatory reporting in the weeks leading up to December’s poll.

The £13.3m recorded by the Lib Dems during the period was largely thanks to a massive £8m donation from businessman Lord Sainsbury.

The gift from the supermarket tycoon and former Labour minister is the largest single donation ever recorded by Electoral Commission since it was set up in 2001.

He has previously given to both Labour and the Lib Dems, and had vowed to stop political donations shortly after the 2017 election.

A £3m donation from Labour’s biggest backer, trade union Unite, was the l