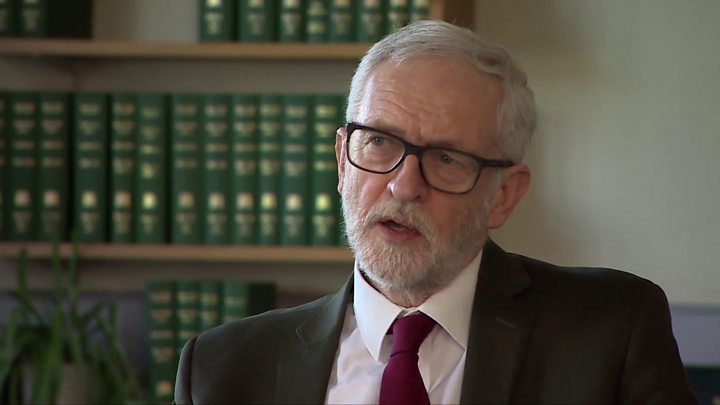 Jeremy Corbyn says the government’s response to coronavirus proves he was “absolutely right” about public spending at the 2019 general election.

The Labour leader told the BBC he had been “denounced as somebody that wanted to spend more money than we could possibly afford” to fix social wrongs.

But he said he had been vindicated by the vast sums the government was spending on the current crisis.

The Tories now realised they had to “invest in the state”, he added.

In an interview with BBC’s Political Editor Laura Kuenssberg, Mr Corbyn said that the country had been “ill-prepared” for the coronavirus pandemic because of “10 years of austerity, of underfunding the National Health Service and underfunding our benefit system”.

He said the government had been “shocked” by the national emergency, as their “instincts” were for “free market economics and the small state”.

“They’ve now suddenly realised that they have to spend money to invest in the state, as we have always said as a party, and they have come around to a lot of that position.”

Mr Corbyn said the government had also failed to realise how many people were in “insecure” employment in the UK when they drew up their response to the emergency.

But he believed that the pandemic had changed the political landscape forever.

“I think our society and our politics will never be the same again, because we have suddenly realised as a society and a community, we need everybody – and everybody has a contribution to make.”

Mr Corbyn has just over a week to go as Labour leader, after four-and-half years in the job.

The result of the contest to replace him – between Sir Keir Starmer, Rebecca Long-Bailey and Lisa Nandy – will be announced on Saturday, 4 April. 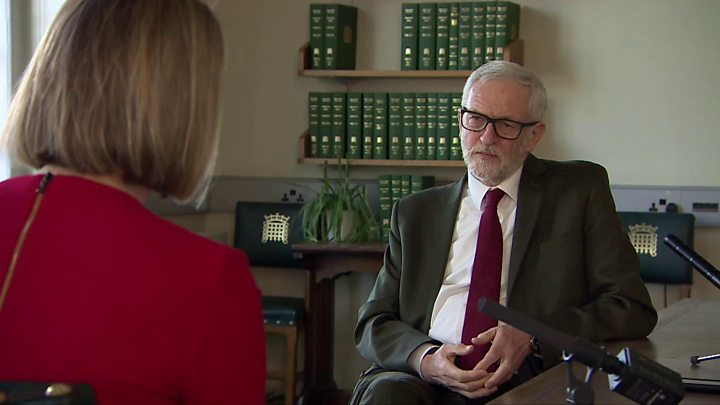 Media captionJeremy Corbyn said he make mistakes during his leadership

Mr Corbyn decided to stand down after Labour’s heavy defeat in December’s general election, which came two years after a narrower defeat at the polls.

He said: “I did everything I possibly could to win both elections and to say to the people of this country, the only way our society can come together is if we’re prepared to invest.

“I was denounced as somebody that wanted to spend more money than we could possibly afford, in order to write the social wrongs of this country.