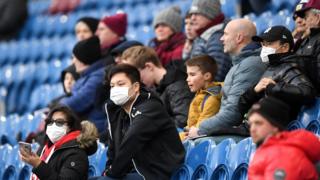 The government’s decision not to cancel public events over the coronavirus outbreak is “concerning”, says ex-health secretary Jeremy Hunt.

His criticism of the UK approach comes as new measures to delay the virus spreading come into effect.

Many other countries have responded to the crisis by closing schools and cancelling sports and arts events.

But Prime Minister Boris Johnson said it was crucial to get the timing right for stricter measures.

In total, 10 people have now died in the UK with the virus.

There have been 596 confirmed cases across the country, but health officials have said they believe the actual number of people infected could be between 5,000 and 10,000.

Mr Hunt, who quit at foreign secretary in July, told BBC Newsnight that the UK was in a “national emergency” and suggested the government’s new approach did not go far enough.

Asked about the decision not to cancel large gatherings yet, he said: “I think it is surprising and concerning that we’re not doing any of it at all when we have just four weeks before we get to the stage that Italy is at.

“You would have thought that every single thing we do in that four weeks would be designed to slow the spread of people catching the virus.”

Much of Italy – the world’s worst-hit country after China – is currently in lockdown as the country’s tally of deaths has topped 1,000.

He added that the evidence from countries who appeared to have been successful in turning back the virus showed they “moved very early” on introducing social distancing.

On Thursday, Boris Johnson announced new measures aimed at protecting the elderly and those most vulnerable to the disease, which included:

The PM said suspending major public events such as sporting fixtures was still under consideration,