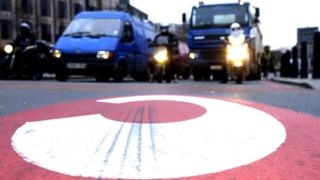 Diplomats owe more than £116m to Transport for London for unpaid congestion charges, the Foreign Office has revealed.

The US Embassy owes the largest amount at almost £12.5m, while the Embassy of Japan owes over £8.5m.

Foreign Secretary Dominic Raab said the government had held meetings with embassies to “press for payment”.

The figures for the congestion charge – the fee for most vehicles travelling in central London, which goes towards investment into public transport – dates back to between 2003 and 2018, with a total of £116,868,825 outstanding from embassies.

As well as topping the list for parking fines – up by £8,000 from the previous year – Nigeria was third on the congestion charge list, owing over £7m.

High Commission for the Federal Republic of Nigeria
£47,165

Embassy of the Islamic Republic of Afghanistan
£19,765

High Commission for the Republic of Zambia
£17,000

In a written statement, Mr Raab said as well as the meetings, the government had written to diplomatic missions and international organisations with debts “giving them the opportunity to either pay outstanding debts, or appeal against specific fines if they considered that they had been recorded incorrectly”.

However, a number of embassies claim that under the Vienna Convention on Diplomatic Relations, they do not have to pay taxes, which they consider these fees to be.

A Foreign Office spokesman said they did not believe there were any legal grounds to exempt diplomats from paying the congestion charge, adding: “The charge is comparable to a parking fee or