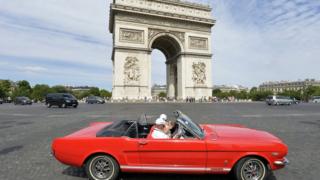 As a member of the European Union (EU), UK driving licences could be used to drive in countries in the European Economic Area (EEA) – that means EU member states plus Iceland, Liechtenstein and Norway.

When the UK left the EU on 31 January it entered a transition period during which pretty much everything will stay the same until the end of the year. UK licences will still be valid for visiting EEA countries during transition.

What happens next will depend on negotiations on the future relationship between the UK and the EU.

Some countries will require drivers to have an International Driving Permit (IDP), especially for longer visits, which may be bought at Post Offices for £5.50. You may also need to carry your UK driving licence – some countries have stricter rules if you only have a paper licence. DVLA says more than three million people in Britain only have a paper licence, not a photocard.

There are two different types of IDP you might need in Europe, known as the 1949 and 1968 IDPs – the numbers refer to the dates of the conventions on road traffic that established them.

Only France, Italy and Cyprus require drivers to have an IDP for a short visit.

The majority of countries, such as Germany and Spain, only need you to have an IDP once you have been driving in the country for a set period – three, six or 12 months.

And a few countries such as the Netherlands and Switzerland will not require an IDP at all.

It’s also possible that the type of IDP you need to drive in countries outside Europe will change once the UK is no longer a member of the EU. You can find the full list of which IDPs you need worldwide on this page.

IDPs apply only for visiting other countries. If you are a UK licence-holder living in another EU country, then you may need to exchange your UK licence for a licence issued by an EU country.

The government has issued specific advice for each country. In some countries, if you wait until after the end of the transition period, you may need to take another driving test.

EU and EEA licenses will continue to be accepted in the UK for visitors and residents.