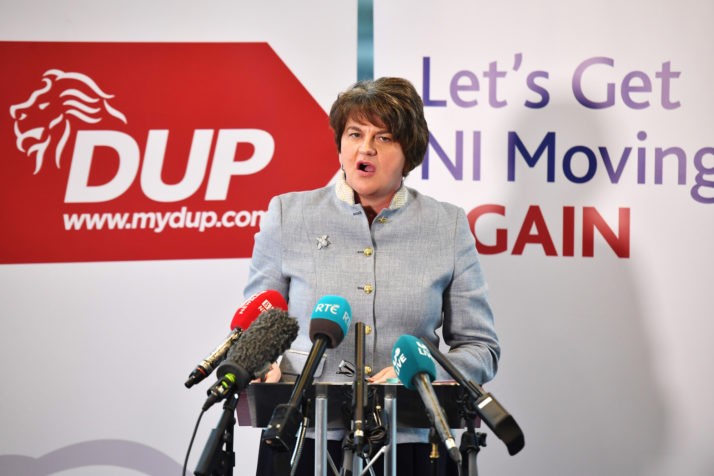 Speaking at an event in Belfast, DUP leader Arlene Foster said she was “committed to a deal that works for the whole of the United Kingdom and which does not leave Northern Ireland behind, with no border in the Irish Sea.”

The DUP — which propped up the Conservative government in Westminster after Theresa May lost her majority in 2017 — refused to support the Brexit deal struck by Johnson because it would entail checks on some goods traveling to the rest of the U.K.

The deal would keep Northern Ireland subject to EU customs union rules and some single market rules, despite it being included in trade deals the U.K. strikes with other countries.

Deputy DUP leader Nigel Dodds told the Belfast event that the party wants a “sensible” Brexit deal that would protect “both the economic and constitutional integrity of Northern Ireland within the United Kingdom.”