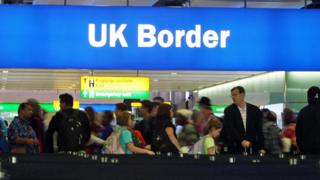 Two million EU citizens living in the UK have been granted settled status – allowing them to remain here permanently after Brexit.

Another 4,600 applications were refused, 36,500 were withdrawn and 34,900 were made by people who are not eligible for the scheme.

In response to the figures, the Liberal Democrats called for EU citizens to be automatically given a right to stay.

They say there is a risk of “a new Windrush-style scandal.”

The Windrush scandal meant some British citizens from Commonwealth countries were unable to prove their right to be in the UK, leaving them without work and access to benefits – and leading, in some cases, to people being wrongly deported.

The party says successful settlement scheme applicants should be given physical documented proof of their permanent leave to remain, to avoid them experiencing similar problems.

The figures also show that a further 1.5m people, who have been in the UK for less than five years, have been given pre-settled status.

They can apply for permanent residency when they pass the five year threshold.

EU citizens have until 30 June 2021 to apply for the settlement scheme, which is operated by the Home Office. However, those granted settled status do not receive any physical documentation.

The Liberal Democrats’ home affairs spokeswoman Christine Jardine said millions of EU citizens in the UK have been “living under a cloud of uncertainty.”

She said the figures for pre-settled status and rejected applications show the “scheme is anything but automatic.”

“And without physical proof of their rights