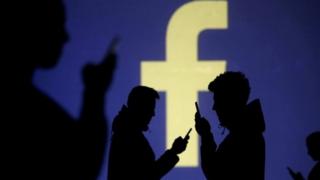 Facebook has removed threatening messages posted in reaction to a paid-for advert by a pro-Brexit group.

It said the advert itself, which attacked “Remoaner globalist scumbags” and accused pro-EU MPs of “treason”, did not break its community guidelines.

But the social media giant took down posts threatening violence against anti-Brexit politicians, after being alerted to them by BBC News.

The site has vowed to do more to crack down on “hate speech” on its platforms but its team of moderators, and the artificial intelligence software it is developing, have sometimes struggled to identify inflammatory content.

The Brexit Defence Force ad was promoted to UK Facebook users on Sunday and Monday, mentioning several politicians by name and accusing them of “crossing the line of treason to our democracy”.

“Make some noise on their pages, show them we are watching their treacherous devious antics and they will be held accountable,” it says.

Less than £100 was spent promoting the advert but it attracted dozens of comments, some of which advocated violence.

“Any content that violates our Community Standards on violence or harassment is absolutely not permitted on our platform,” said a Facebook representative, adding: “This particular ad does not breach our policies.”

And anyone running ads in the UK now needs to verify their identity and location and carry a “paid for by” disclaimer if the ad references political figures, parties, elections, or laws.

But the page gives no further information about identity or location and does not link to a website.

The Facebook representative added: “We have taken an industry-leading position on political ad transparency in the UK, introducing new tools including an archive of all political ads in a searchable ad library for seven years, going beyond what is currently required of us by law and further than anywhere else that allows political advertising.”