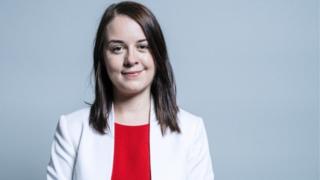 Labour ordered its MPs to abstain on a cross-party bid to delay Brexit to allow a referendum on backing whatever deal is agreed or remaining in the EU.

But 41 of its MPs rebelled, with 24 supporting a referendum and 17 voting to oppose one.

Stephanie Peacock quit as a whip, saying she had been elected to honour the 2016 referendum result.

In her letter to Jeremy Corbyn she wrote: “The people of Barnsley elected me to honour that promise and that is what I did tonight.

“I felt in all good conscience I had to vote tonight to clearly rule out any form of second referendum. I believe the people spoke in 2016 and we need to enact their decision.”

Her Labour colleague Ruth Smeeth, MP for Stoke-on-Trent North, quit as parliamentary private secretary to Labour’s deputy leader Tom Watson – saying it was a “difficult decision but I have a duty to support the will of my constituents”.

She wrote: “We need to leave and leave with a deal that works for the Potteries.”

Mr Corbyn thanked them for their service adding: “I understand the difficulties MPs have felt representing the views of their constituents during this process.”

Labour came in for heavy criticism from the SNP and Lib Dems for abstaining on the call for another referendum. The party said it was not the right time to push for another public vote.

MPs rejected the amendment, from Independent Group MP Sarah Wollaston, by 334 votes to 85.

Speaking in the Commons, Mr Corbyn said: “I reiterate my conviction that a deal can be agreed based on our alternative plan that can command support across the House.

“I also reiterate our support for a People’s Vote – not as a political point-scoring exercise but as a realistic option to break the deadlock.”

A Labour spokesman said Mr Corbyn and other senior Labour figures had held talks with backbenchers Peter Kyle and Phil Wilson, who have put forward a plan to back Theresa May’s Brexit deal, in exchange for a referendum.

He said it was “part of Labour’s engagement with MPs across Parliament, to find a practical solution to break the Brexit deadlock”.