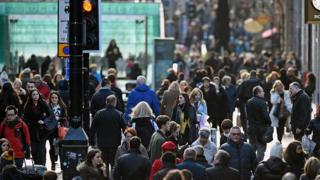 Scotland’s public spending deficit has fallen by a further £1.2bn over the past year, according to Scottish government statistics.

The Government Expenditure and Revenue Scotland (Gers) estimated the country spent £12.6bn more on public services than it raised in taxes.

This is lower than the £13.8bn deficit estimated for the previous year, and is equivalent to 7% of the country’s GDP.

The annual Gers figures, which have become a key battleground in the independence debate, are compiled by Scottish government statisticians free of political interference.

What do the Gers figures say?

However, the amount the country spent on its public services increased by about £1.8bn from £73.5bn to £75.3bn.

Revenue from the North Sea oil and gas industry was similar to the previous year, increasing marginally from £1.42bn to £1.43bn. The industry raised £8bn in revenue in 2011/12, but hit a low of £50m five years later.

Last year’s Gers figures originally estimated that the country had a £13.4bn deficit in 2017/18, but this was revised up to £13.8bn in the latest statistics.

What has the reaction been?

The Scottish government’s finance secretary, Derek Mackay, said the country’s revenues had exceeded £60bn for the first time, which he said reflected the strength of Scotland’s economy.

Mr Mackay added: “Our notional deficit has fallen while public spending has increased thanks to our efforts to grow the onshore economy and the strong performance of taxes in Scotland.”

But he warned that a no-deal Brexit could reduce revenues in Scotland by about £2.5bn a year –