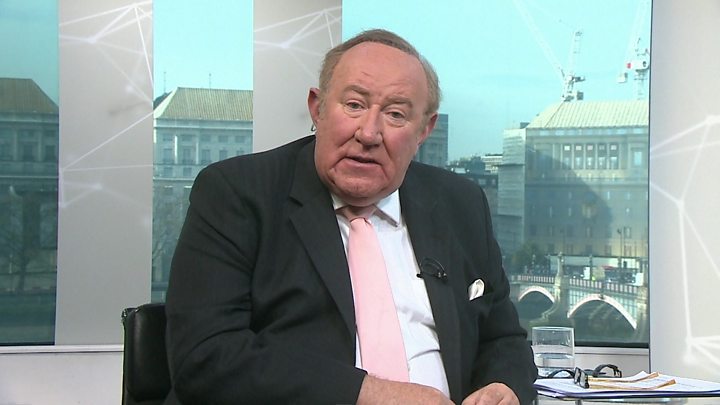 The BBC’s Andrew Neil has issued a challenge to Boris Johnson to take part in a sit-down interview with him before next week’s general election.

Mr Johnson is the only leader of a main party not to have faced a half hour, prime-time BBC One grilling by Mr Neil.

The Conservative leader has denied claims he is avoiding scrutiny.

But Mr Neil addressed the PM directly at the end of his fourth leader interview at this election, with Brexit Party leader Nigel Farage.

“It is not too late. We have an interview prepared. Oven-ready, as Mr Johnson likes to say,” he said, in a monologue.

“The theme running through our questions is trust – and why at so many times in his career, in politics and journalism, critics and sometimes even those close to him have deemed him to be untrustworthy.

“It is, of course, relevant to what he is promising us all now.”

Mr Neil said that no broadcaster “can compel a politician to be interviewed”.

But he added: “Leaders’ interviews have been a key part of the BBC’s prime-time election coverage for decades.

“We do them, on your behalf, to scrutinise and hold to account those who would govern us. That is democracy.

“We have always proceeded in good faith that the leaders would participate. And in every election they have. All of them. Until this one.”

Mr Neil then listed the questions he wanted the prime minister to answer.

Mr Johnson was quizzed by the BBC’s Andrew Marr on Sunday, on why he had not yet agreed to be interviewed by Andrew Neil.

He denied avoiding prime-time scrutiny, saying he had done TV debates, interviews and a “two-hour phone-in”. 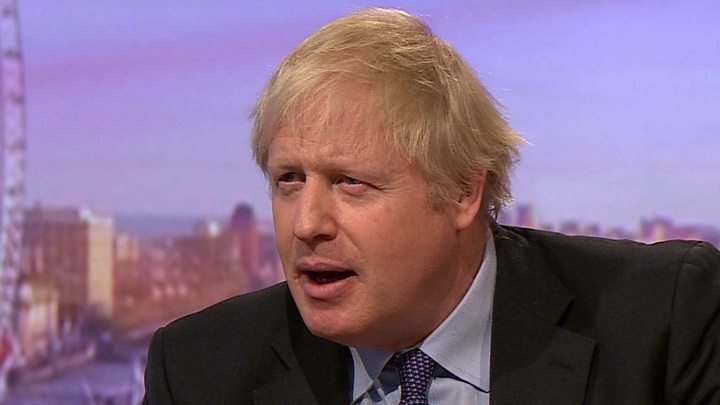 Media caption‘Why are you avoiding being interviewed by Andrew Neil?’

Separately, on Thursday evening, The Labour Party complained about BBC bias, in a letter to Director General Tony Hall.

The letter claims the Conservatives were being allowed to “play” the corporation, making the BBC effectively “complicit in giving the Conservative Party an unfair electoral advantage”.

In another development, the prime minister’s team have confirmed that Mr Johnson will not find time for an interview with ITV before the general election.

He is the only leader of a major party to turn down the request from the channel’s Tonight programme,