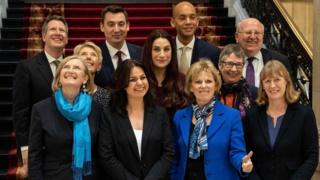 The Independent Group for Change is being disbanded after failing to win any seats at the general election, leader Anna Soubry has said.

The party was founded last March by Labour and Tory MPs unhappy with the direction their parties were going in.

The 11 MPs aimed to create a new centre ground force in politics.

But some members left to join the Lib Dems or quit politics, and the remaining four all lost their seats to candidates from their former parties.

Dr Wollaston later joined the Lib Dems – and lost her seat to a Tory candidate last Thursday – and Ms Allen did not stand for re-election.

Independent Group for Change leader Ms Soubry came a distant third in Broxtowe, which was won by the Conservative candidate.

Earlier on Thursday, the group, which was briefly known as Change UK, tweeted: “We came together & took a stand when others wouldn’t.

“It was right to shine a spotlight on Britain’s broken politics. But having taken stock and with no voice now in Parliament, we beg