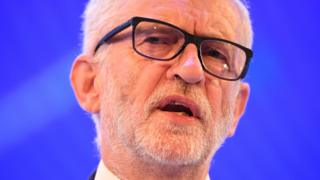 Labour will launch its general election manifesto later, calling it the “most radical and ambitious plan to transform our country in decades”.

Leader Jeremy Corbyn will say the fully costed and “popular” policies in his programme for government have long been opposed by the “super rich”.

They include more cash for the NHS and tackling climate change, paid for by taxing higher earners and borrowing.

Labour’s Brexit plan, including another referendum, will also be set out.

Among the policies expected to be confirmed at the launch are:

Speaking to supporters in Birmingham, the Labour leader will say it is a “manifesto of hope”, adding: “Over the next three weeks, the most powerful people in Britain and their supporters are going to tell you that everything in this manifesto is impossible.

“That it’s too much for you. Because they don’t want real change. Why would they? The system is working just fine for them. It’s rigged in their favour.

“If the bankers, billionaires and the establishment thought we represented politics as usual, that we could be bought off, that nothing was really going to change, they wouldn’t attack us so ferociously. Why bother?

“But they know we mean what we say. They know we will deliver our plans, which is why they want to stop us being elected.”

The party is hoping its manifesto will be a turning point in its push to get back into power for the first time since 2010, as the opinion polls so far suggest it is heading for defeat on 12 December.

Labour is locked in a battle with the Conservatives – who are also promising to borrow money to spend on public services – in seats across the Midlands and the north of England.