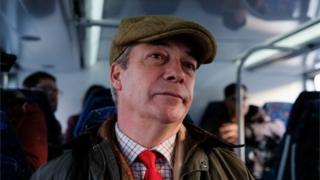 The Brexit Party will change its name to the Reform Party after the UK leaves the European Union, leader Nigel Farage has said.

It will campaign for changes to the voting system and the abolition of the House of Lords, he told Sky News.

Mr Farage, who has already registered the new party name, said it would “change politics for good”.

The announcement comes after a week in which the Brexit Party lost four Members of the European Parliament.

One of the MEPs, Annunziata Rees-Mogg, warned that “the Brexit Party are permitting votes to go away from the Conservatives, providing us with a Remain coalition that will do anything not to honour the Brexit referendum”.

And Conservative chair James Cleverly has previously said the party could “frustrate” Brexit.

The Brexit Party was set up to campaign for a no-deal Brexit ahead of the 2019 European elections, in which it won 29 seats – more than any other UK party.

At the start of the general election campaign, Brexit Party candidates were set to stand in nearly 600 seats.

However, after coming under pressure not to split the Leave vote, it later pulled back from the 317 seats won by the Tories in 2