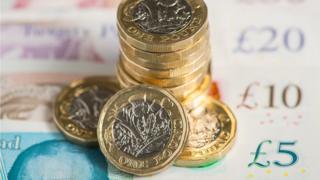 Labour has knocked the Conservatives off the top spot when it comes to large donations – receiving almost £3.5m in the second week of campaigning.

The figures from the Electoral Commission show the Tories raised the most in week one, collecting £5.7m – 87% of all donations more than £7,500.

But the latest stats put them second to Labour, having taken just under £3m in week two – 13 to 19 November.

The Brexit Party coffers also saw a surge, collecting £2.25m over the week.

The top donor over the period was the Unite union, which gave £3m to Labour, followed by businessman Christopher Harborne, who donated £2m to the Brexit Party.

The Conservatives have still raised the most over the two weeks they have been reporting to the Commission – more than £8.6m, compared with Labour’s £3.7m and the Brexit Party’s £2.5m.

All registered political parties must submit four weekly reports to the Electoral Commission in the run-up to a general election to show any sums they receive over £7,500.

The figures for week two are:

The numbers published do not include any smaller donations that may have been made to the parties.

But the total in large donations for all the parties on the second week was over £9m – more than three times the £2.5m raised in the same election period in 2017.

In the first week of the campaign, the gap in donations between the Conservatives and everyone else was vast.

The Tories attracted 26 times as much in donations over £7,500 as Labour.

And they brought in a lot more money from smaller donors.

Labour topping the donations league in the second week of the campaign doesn’t eliminate the gap, but it does close it.

The biggest contributor to Labour’s pot – by a mile –