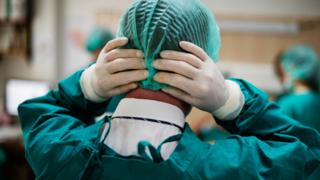 Labour is promising to spend more on the NHS in England than the Tories if it wins the general election.

The NHS budget would rise to £155bn by 2023-24 – £6bn more than the government promised the front-line budget would reach by that stage when it set out its five-year plan last year.

But the Tories said Labour’s plan for a shorter working week would eat into the funding due to the need for more staff.

But Labour said a 32-hour working-week would be phased in over 10 years so would not have the impact on NHS budgets claimed by the Tories, and it would also be offset by gains in productivity.