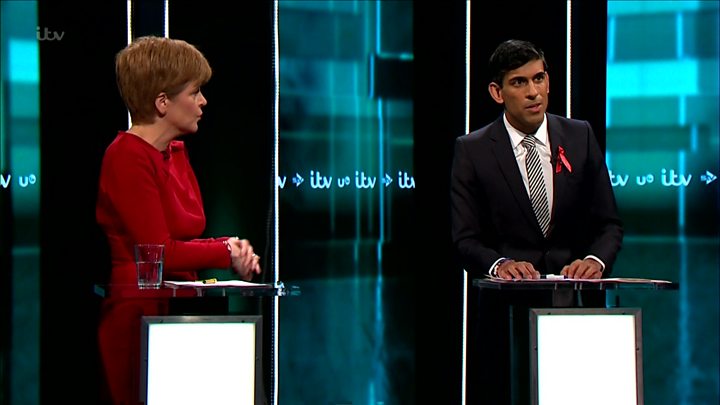 Leading figures from the UK’s political parties have clashed on Brexit, the NHS and terror legislation in the latest televised general election debate.

Labour’s Richard Burgon declined to say during the ITV programme which way he would vote in the EU referendum his party is promising, if it wins power.

Tory Rishi Sunak was pushed to rule out a no-deal Brexit if the Conservatives won, but did not give a direct answer.

The UK goes to the polls on 12 December.

Labour’s shadow justice secretary Richard Burgon defended Jeremy Corbyn’s decision to remain neutral in the event of a second referendum, saying the Labour leader was “determined to bring the country together and heal divisions, not try to exploit them for votes”.

Pressed by presenter Julie Etchingham on whether he would vote to stay in the EU or leave in another referendum, he said: “I want to speak to my local Labour Party members after a Labour government comes back with that deal and then we’ll decide how we approach that.” 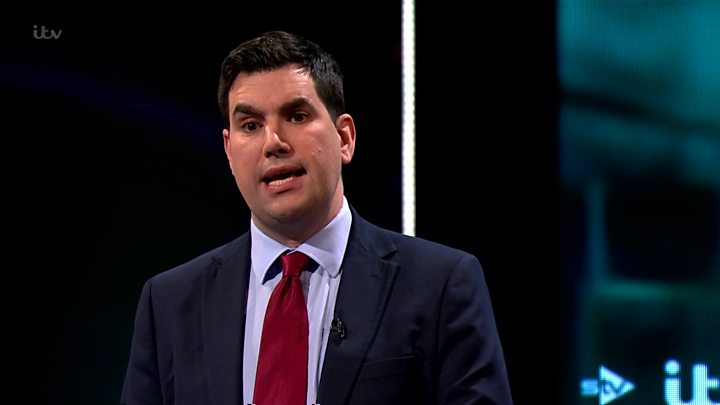 Media captionLabour’s Richard Burgon on Brexit: ‘It would be for the people to decide’

Lib Dem leader Jo Swinson said being neutral showed Mr Corbyn was a “bystander not a leader”, but Mr Burgon said her party’s policy of cancelling Brexit was “not very liberal, not very democratic”.

SNP leader Nicola Sturgeon, who also wants another referendum, added it was “dreadful” that the Conservatives want “Brexit at any cost” and Labour “can’t even decide what side they’re on”.

She pushed Conservative minister Mr Sunak to rule out a no-deal Brexit at the end of next year if the Conservatives failed to negotiate a trade deal with the EU.

The chief secretary to the Treasury insisted “we already have a deal”, prompting Ms Sturgeon to say that that was a withdrawal deal, not a trade deal.

Mr Sunak said a trade deal was “in the future”, adding that “we can only get to that future” by respecting the result of the EU referendum and leaving.

The UK would continue to abide by EU rules under the terms of Boris Johnson’s EU deal until 31 December 2020, by which time he says a permanent trading relationship will be agreed with Brussels.

But his opponents say that raises the prospect of a no-deal Brexit at the end of next year, if an agreement is not reached by then.