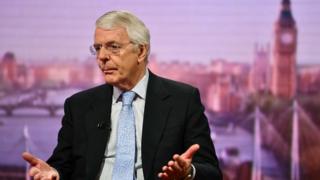 Sir John Major has urged people to re-elect three MPs who were expelled from the Conservatives for voting against Boris Johnson over Brexit.

The ex-Tory PM is backing independent candidates David Gauke, Dominic Grieve and Anne Milton, all running against his party in the general election.

Sir John said “tribal loyalties” had been loosened by Brexit.

But Mr Johnson described the comments as “very sad” and “wrong”, calling his predecessor’s views “outdated”.

The Conservatives say they will take the UK out of the EU in January if they win a parliamentary majority.

They say this honours the result of the 2016 referendum, in which 52% of people backed Leave.

In September, 21 MPs were expelled from the parliamentary Conservative Party after they had voted against the possibility of the prime minister pursuing a no-deal exit from the EU. Later, 10 of the MPs were allowed back.

Of the remainder, Mr Gauke, Mr Grieve and Ms Milton are all running as independents in the seats they held at the 2017 general election.

In a video message, Sir John, a prominent Remain campaigner, described Brexit as “the worst foreign policy decision in my lifetime”. 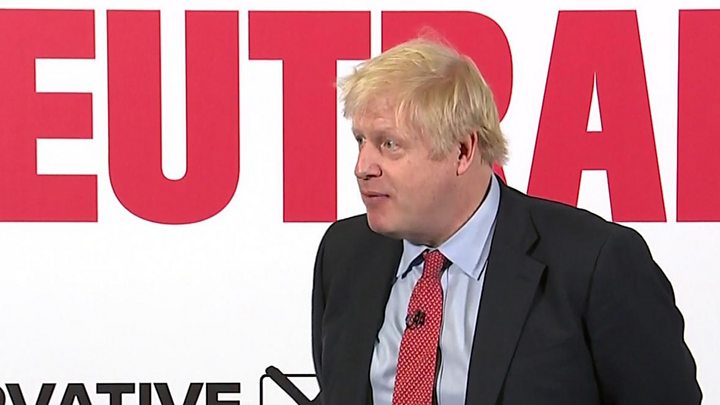 “Without such talent on its benches, Parliament will be the poorer, which is why – if I were resident in any one of their constituencies – they would have my vote.”

In response, Mr Johnson said he disagreed with his “illustrious predecessor”.

“And I think that what we need to do now is honour the will of the people and get Brexit done.”

The prime minister says a Conservative government would be able to reach a post-Brexit trade deal with the EU by the end of 2020.

Mr Gauke was among those who disputed whether this was possible within the timeline suggested by the prime minister.

But Mr Johnson said the UK was in a “zero-tariff, zero-quota position” already, which would make the talks easier.