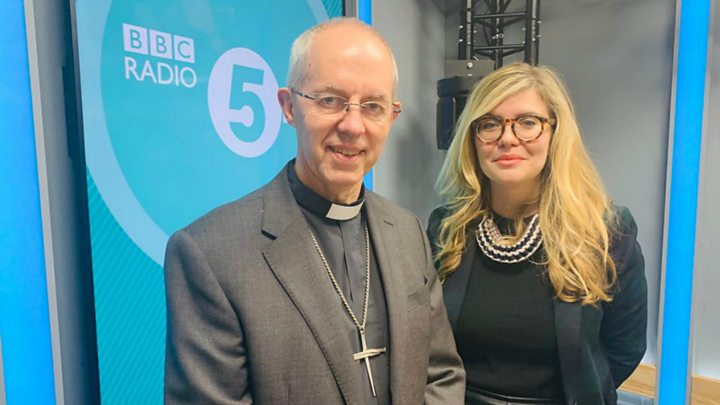 Media captionArchbishop of Canterbury: We need to call out “misuse of truth” in election campaigns

Politicians who deliberately mislead the public should be “called out”, the Archbishop of Canterbury has said.

Justin Welby told the BBC he was “very concerned” about the manipulation of truth in the current “febrile and excitable” political climate.

He told 5Live’s Emma Barnett the Tories had been wrong to rebrand one of their Twitter feeds as a fact-checking site.

He also said public repentance by institutions over anti-Semitism and other forms of racism was healthy.

During a BBC interview on Tuesday, Jeremy Corbyn declined an opportunity to personally apologise for Labour’s handling of anti-Jewish racism, although other senior figures, such as John McDonnell and Sir Keir Starmer, have since done so.

It followed stinging criticism of the party and its leader from the chief rabbi, Ephraim Mirvis.

Archbishop Welby, who is the leader of the Anglican Church, said Mr Mirvis felt he had “no choice” to speak out despite the natural inclination for faith leaders to “keep schtum” during an election campaign.

While he said it would be wrong to comment on Mr Corbyn’s response, he said he had no doubt the Labour Party was a “deeply anti-racist” organisation.

Citing the Church of England’s own process of reckoning over child abuse, he said the public acknowledgement of past mistakes by institutions was vital but it was only the first step in a process of healing.

“Just sorting it out internally is not always the answer,” he said. “Just doing the right thing was not enough – people needed to know and feel that things had changed.”

On the issue of trust in the election, the Archbishop said the Conservatives had made a mistake in rebranding their press office’s Twitter feed as “factcheckUK” during the ITV leaders’ debate. 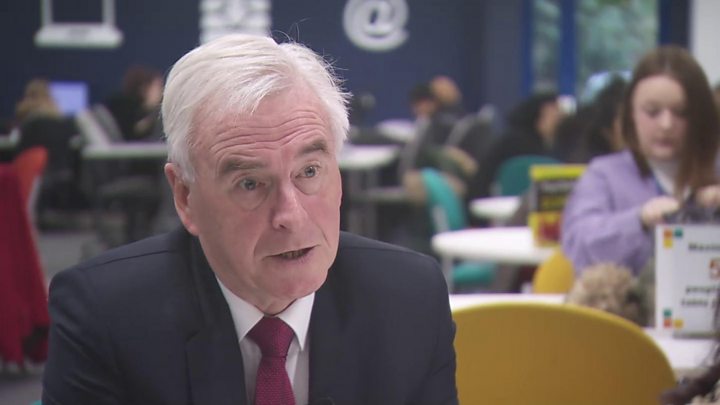 Media captionJohn McDonnell: “I am really sorry for the way we handled anti-Semitism initially”

Opposition parties and independent fact-checking organisations said it risked duping the public, although the Conservatives said they had a right to rebut what they said were Labour fabrications.

Archbishop Welby said it “clearly should not have been done”, adding: “You should not seek to mislead people…Where something like that is done, where there is a misleading use of facts, deliberately, that is wrong, and people need to withdraw and get it right.”